Often as wildlife photographers, we spend considerable time, effort, and money pursuing our passion.  We travel to National Parks and Wildlife Preserves believing that these are the only places we will find wildlife to photograph.  I have a trip to Yellowstone this fall that I’ve been planning for almost two years.  Sometimes though, you find wildlife opportunities in places you travel to for other reasons and where you would least expect. 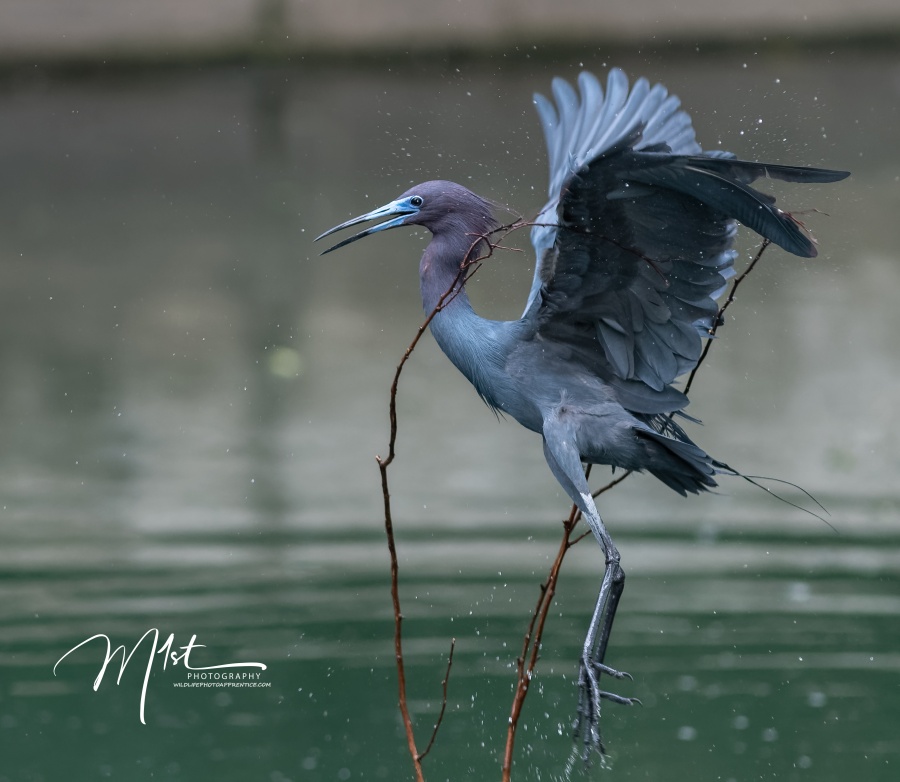 I recently traveled to San Antonio to see family.  I’ve been there a number of times over the past 20 years but never considered the possibility of wildlife photography because my family lives in the heart of the city just off Broadway street.  It never dawned on me that close to their house, along the San Antonio River, there would be such a number and variety of wading birds. 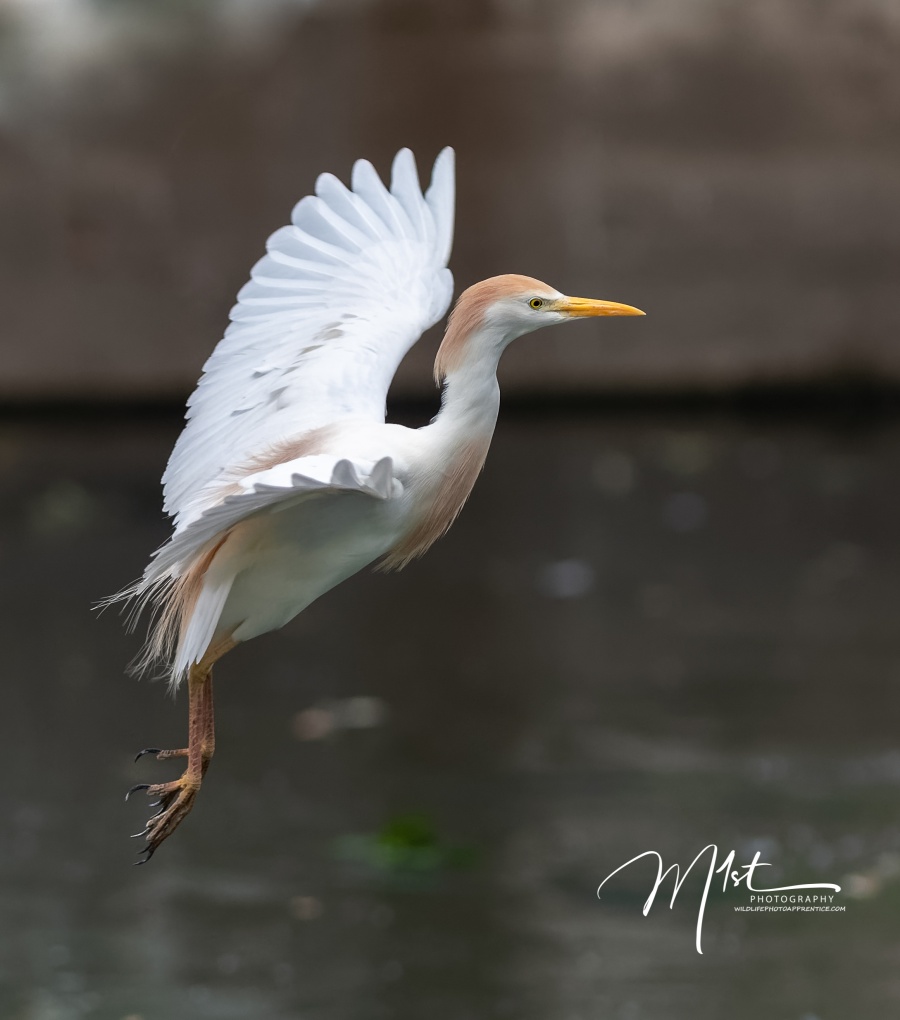 Just behind the Witte Museum, along Tuleta drive in Brackenridge Park, there are a number of trails that run through heavily wooded terrain along the river. The river itself provides ample habitat for all kinds of birds.  The opportunities for bird photography in the area were unexpectedly abundant. 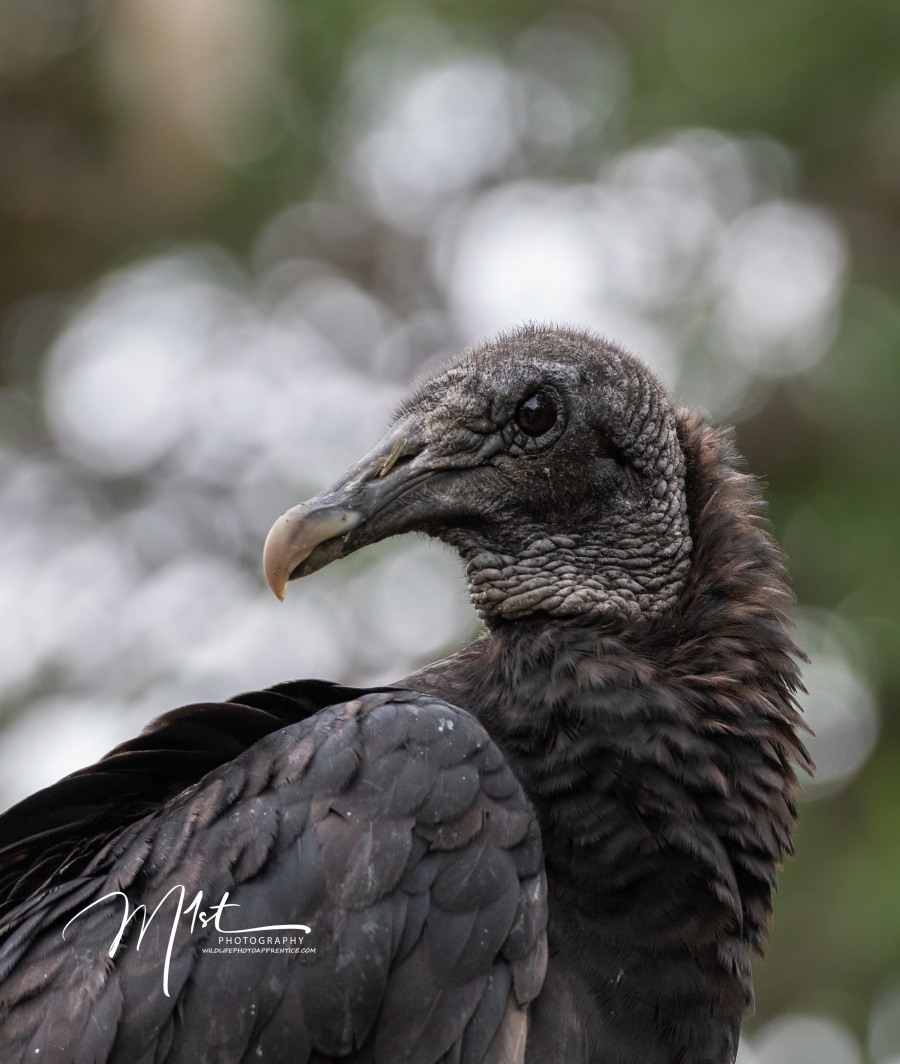 Congregated in large numbers along the bank were Black Vultures. Black Vultures are large raptors. In-flight, they hold their broad, rounded wings flat and angled slightly forward. The tail is very short and rounded. They have small, bare heads and narrow but strongly hooked bills. 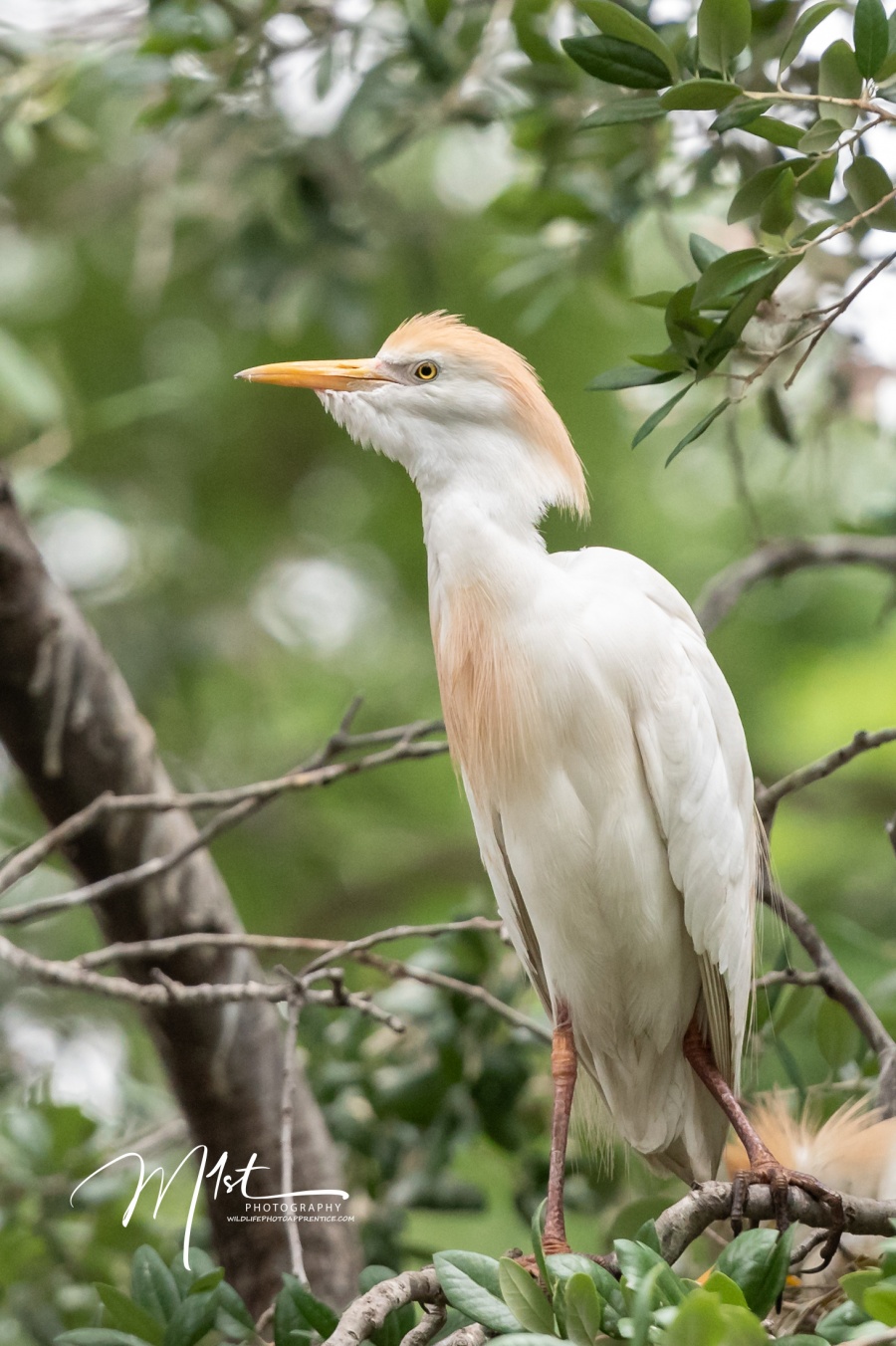 Further along, the river was a rookery for several species of egrets. Both Cattle and Snowy Egrets were plentiful. The Egrets repeatedly flew from the surrounding trees to the river to gather nesting material that had fallen into the river.  Egret refers to any member of several species of herons (family Ardeidae, order Ciconiiformes), especially members of the genus Egretta. Most egrets have white plumage and develop long ornamental nuptial plumes for the breeding season. Their habits are generally like those of other herons, but some perform elaborate mating displays involving the plumes. 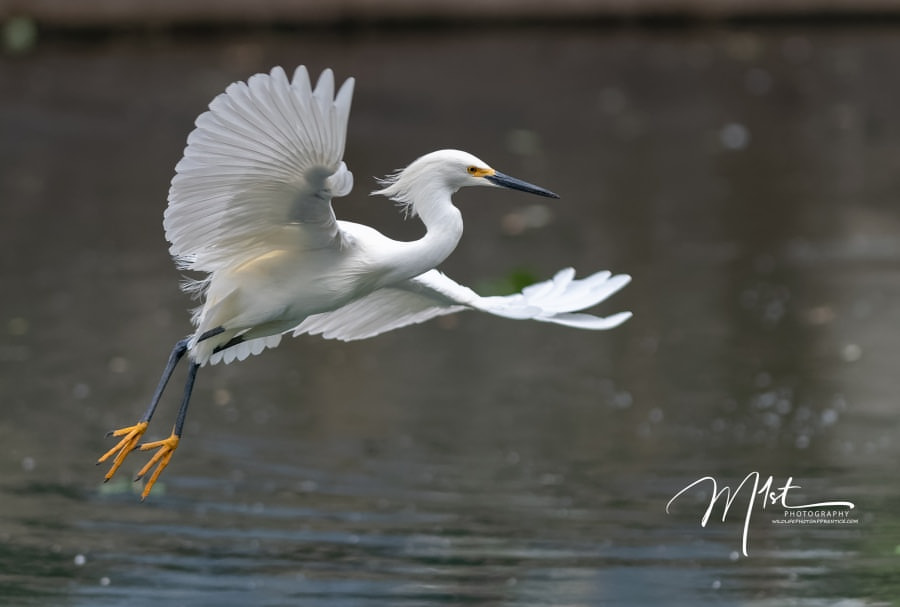 In addition to the Egrets, a number of other herons were present, including a Little Blue Heron and a Yellow Crowned Night Heron.  Yellow-crowned Night-Herons are fairly small herons with stocky bodies and short, thick necks, and short legs. They have large, blocky heads with thick, relatively short bills. In-flight, the wings are broad and rounded. 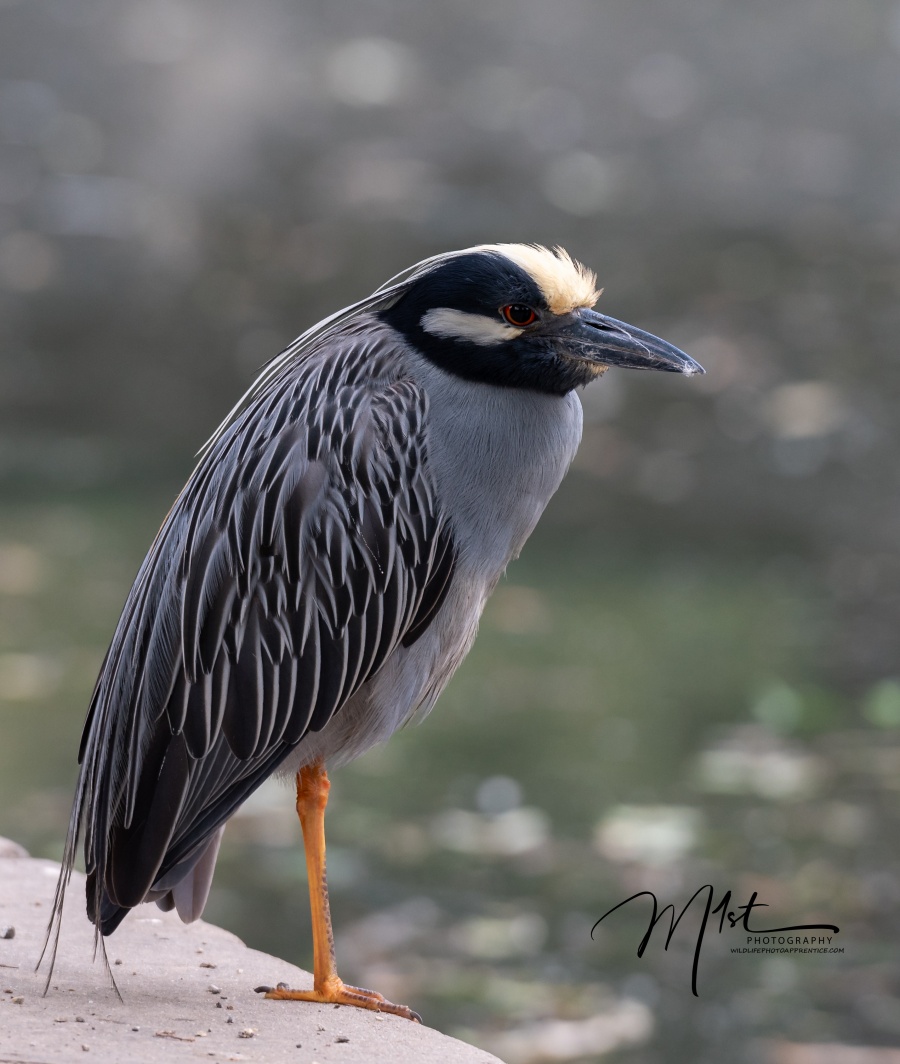 Adult Little Blue Herons are very dark all over. At close range or in good light, they have a rich purple-maroon head and neck and a dark slaty-blue body. 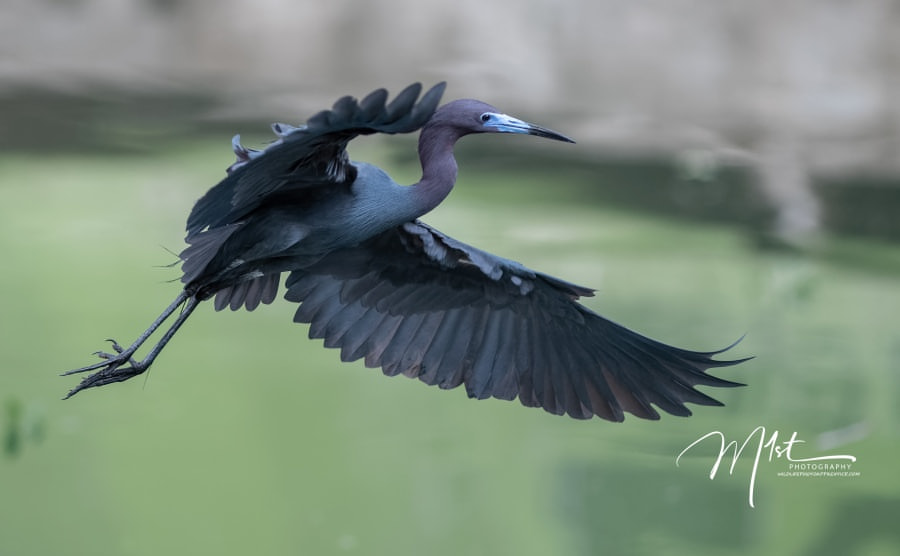 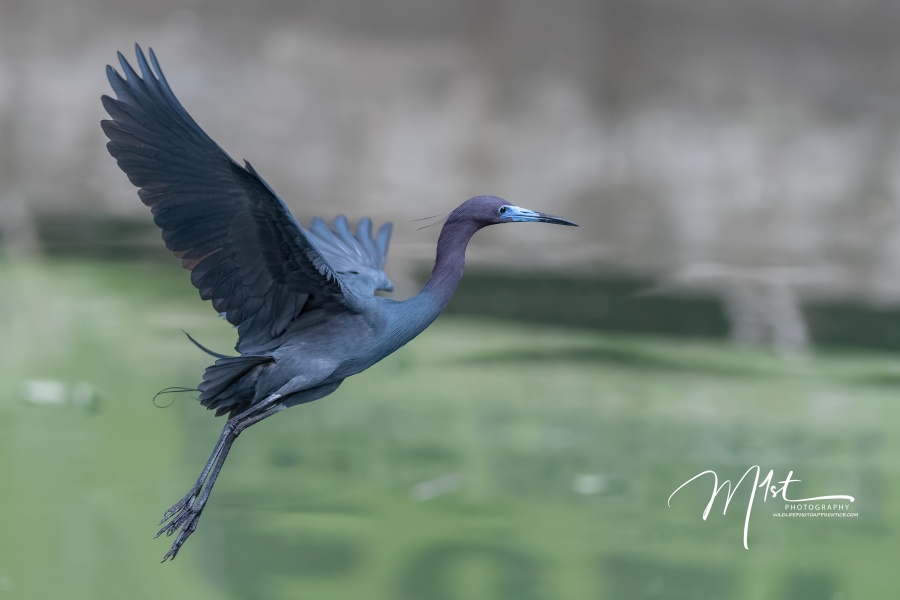 We don’t often think of large cities as places that have good wildlife photography opportunities, but they often do if you know where to look.  The next time you travel to San Antonio and want to take time to practice your bird photography, consider a morning at Brackenridge Park.  The birdlife is plentiful and diverse.  The birds are habituated to people and therefore easier to approach and photograph. When you’re done you can enjoy the beautiful city and eat some fantastic Mexican food.  Thinking about The Big City for wildlife photography can make you a better wildlife photographer.