I’ve been photographing wildlife for about the past 10 years. I’ve focused mostly on the wildlife that is close at hand and most common to West Texas where I live.  The wildlife in the area is plentiful and diverse if you take the time to look for it.  I have been fortunate enough to be able to photograph a large variety of birds and mammals over time, but have found Great Horned Owls to be quite difficult to find.  I have studied the information regarding their habitat and behaviors and although plentiful in most areas, they have remained elusive to me. Today, while out scouting my local park, I had the opportunity to photograph my first two Great Horned Owls. 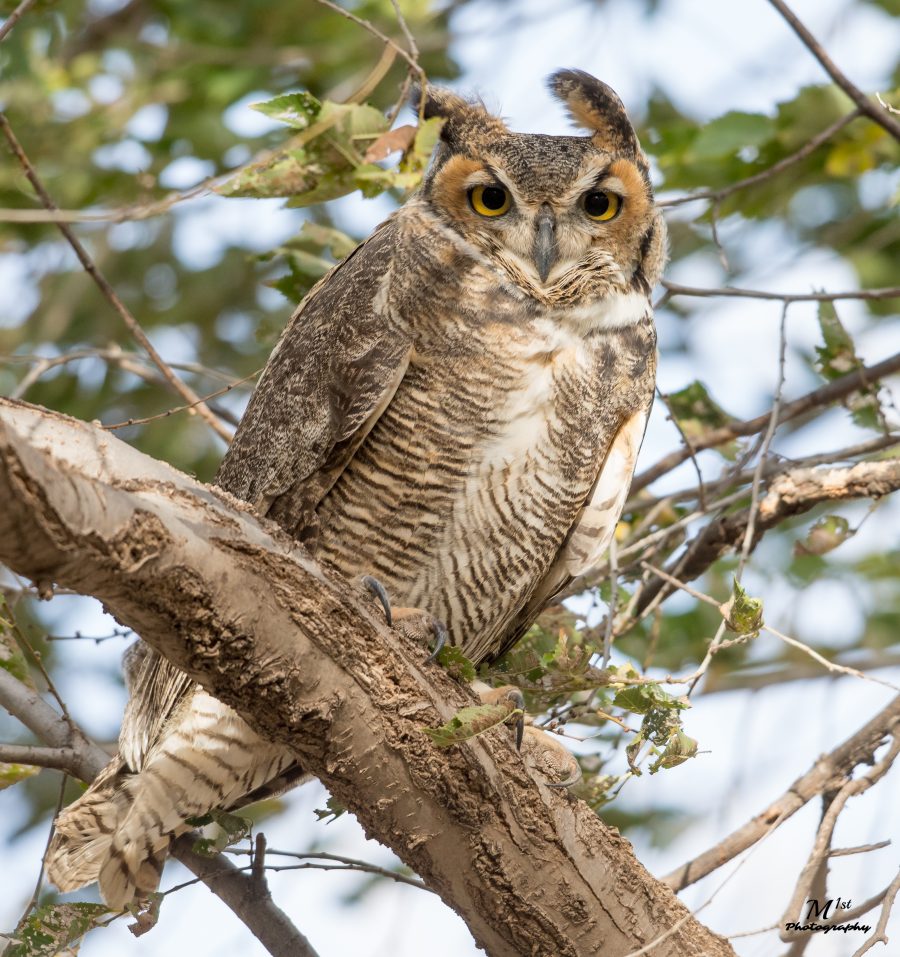 With its long, earlike tufts, intimidating yellow-eyed stare, and deep hooting voice, the Great Horned Owl is the quintessential owl of storybooks. This powerful predator can take down birds and mammals even larger than itself, but it also dines on daintier fare such as tiny scorpions, mice, and frogs. It’s one of the most common owls in North America, equally at home in deserts, wetlands, forests, grasslands, backyards, cities, and almost any other semi-open habitat between the Arctic and the tropics. 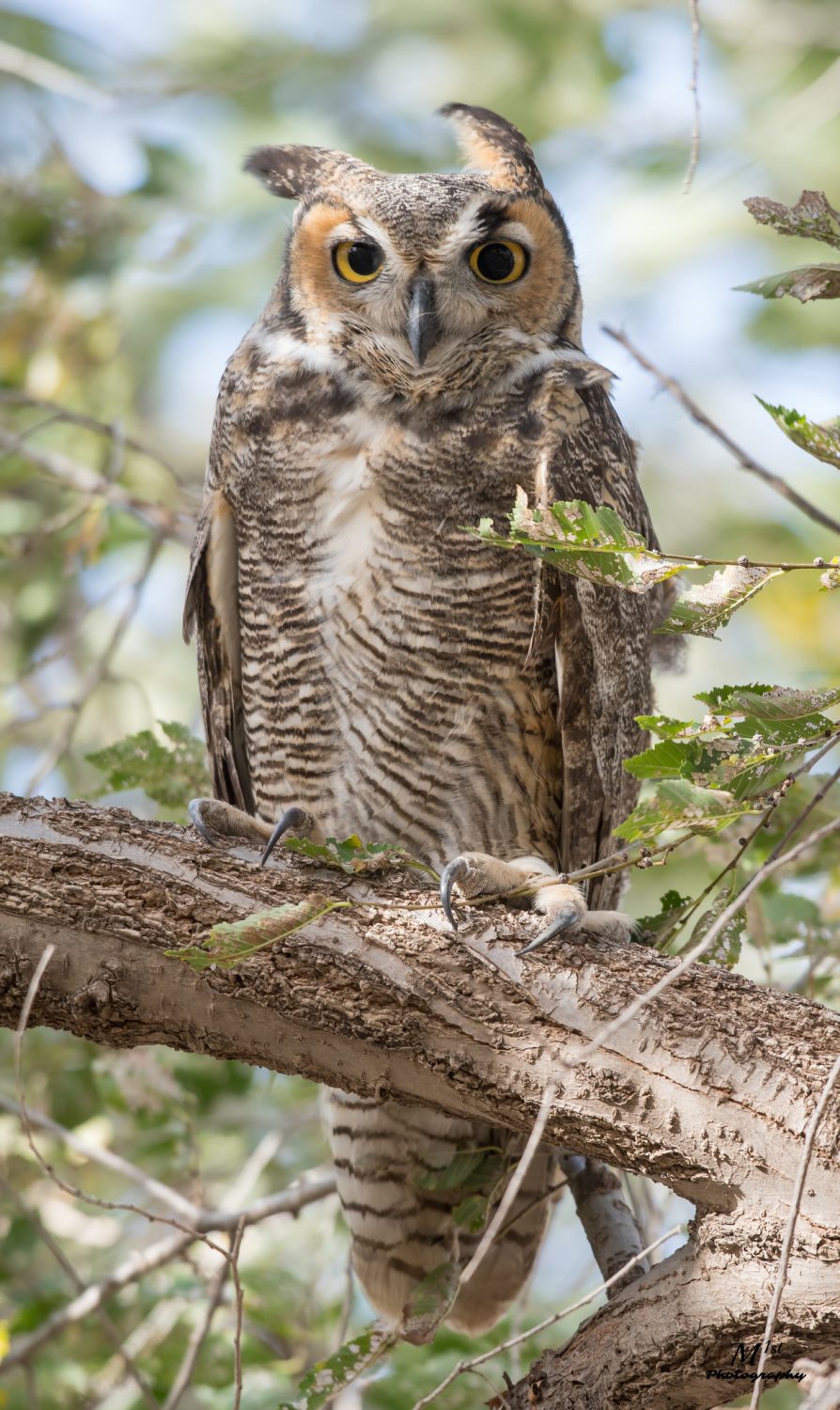