It was cold this morning.  At sunrise the temperature on my trucks dash said 33 degrees. There was a light frost, but no wind. Contrary to what you may think, many birds and mammals are more active during periods of cold weather. Because food sources are more scarce, they must often remain active later into the morning and become active earlier in the afternoon than usual in order to meet there nutritional needs.  You can take advantage of this tendency and increase your photography opportunities by getting out more in the winter months.

The day started with a Coopers Hawk perched on a fence post. Nice side lighting from the sunrise gave a warm glow. I think his foot was cold on the metal fence. 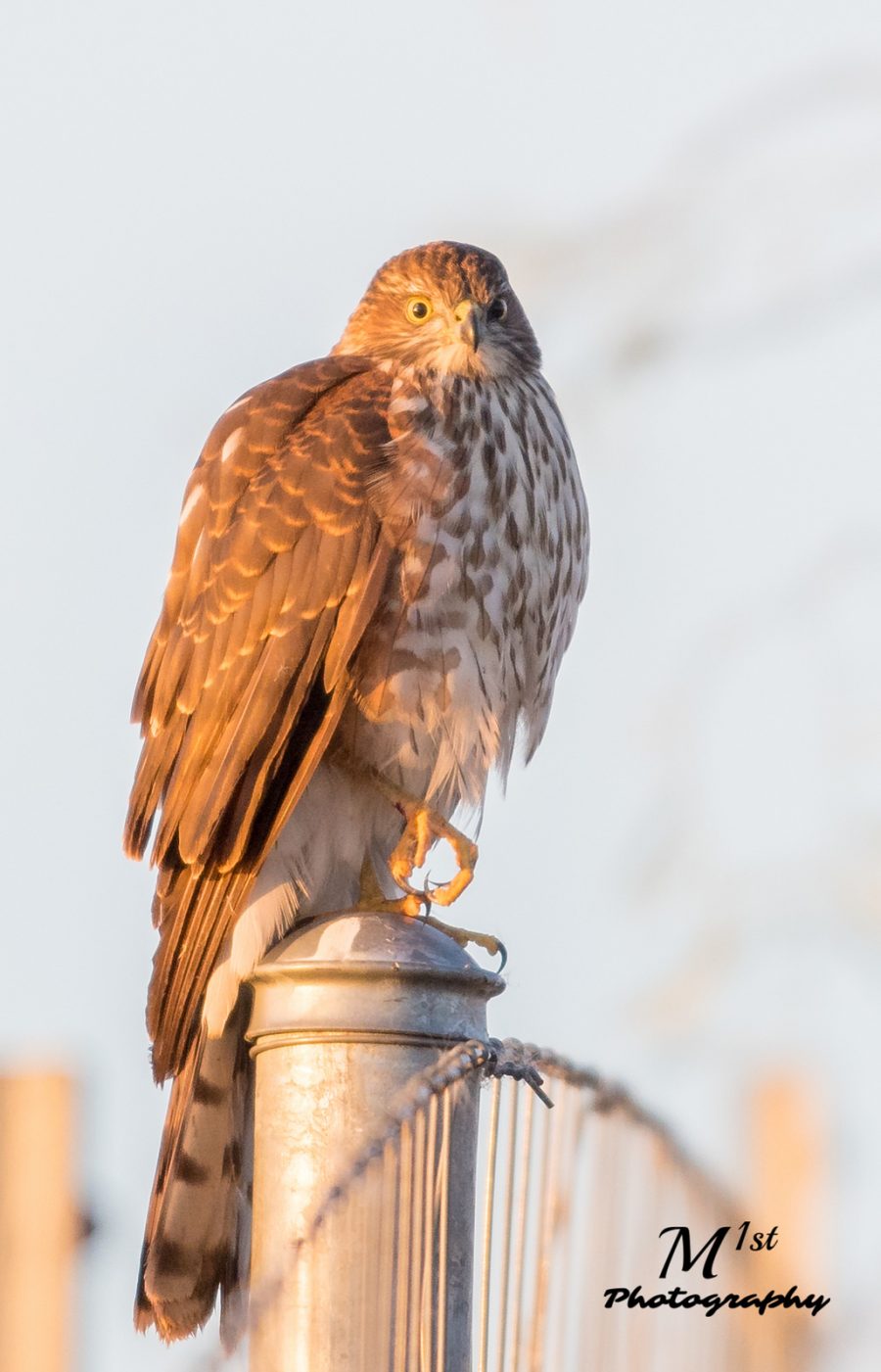 A bit farther along another Coopers was perched in a tree. The difference in coloration of the plumage and eyes indicates this one is a more mature Hawk. 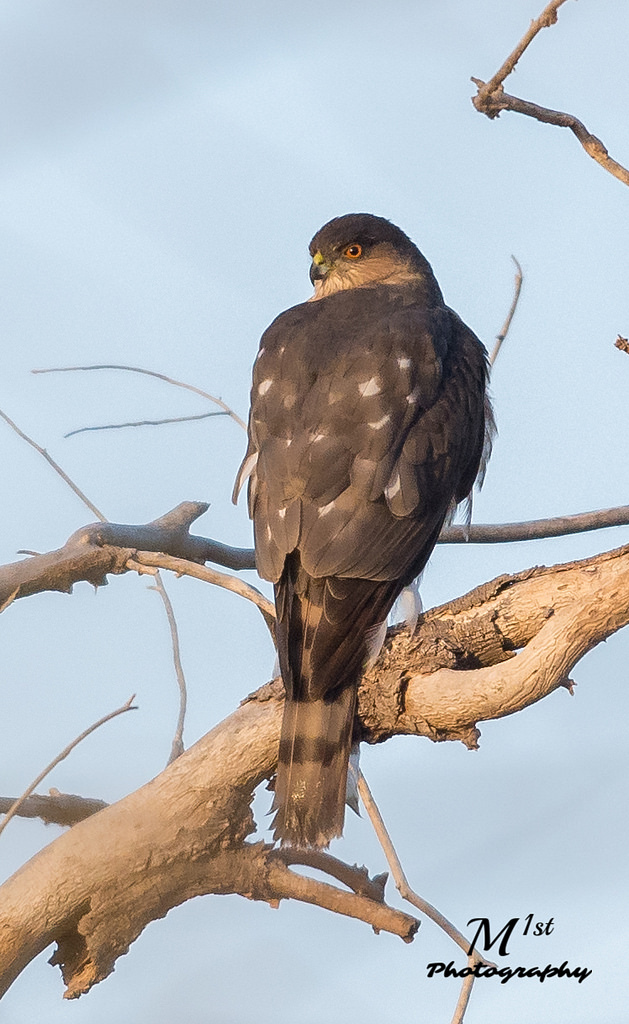 A chance to get an in flight shot as he flew away. 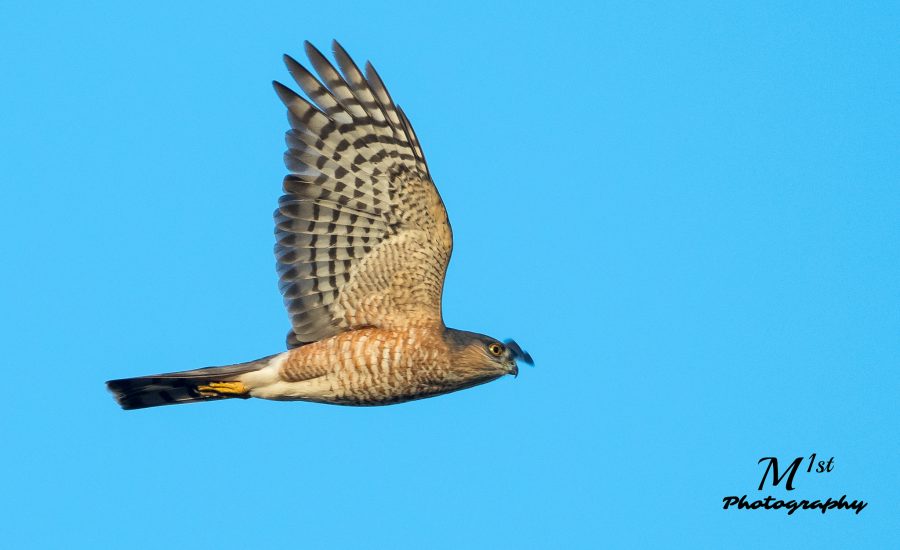 Later I encountered a Peregrine Falcon perched on a radio tower.

Powerful and fast-flying, the Peregrine Falcon hunts medium-sized birds, dropping down on them from high above in a spectacular stoop. They were virtually eradicated from eastern North America by pesticide poisoning in the middle 20th century. After significant recovery efforts, Peregrine Falcons have made an incredible rebound and are now regularly seen in many large cities and coastal areas. 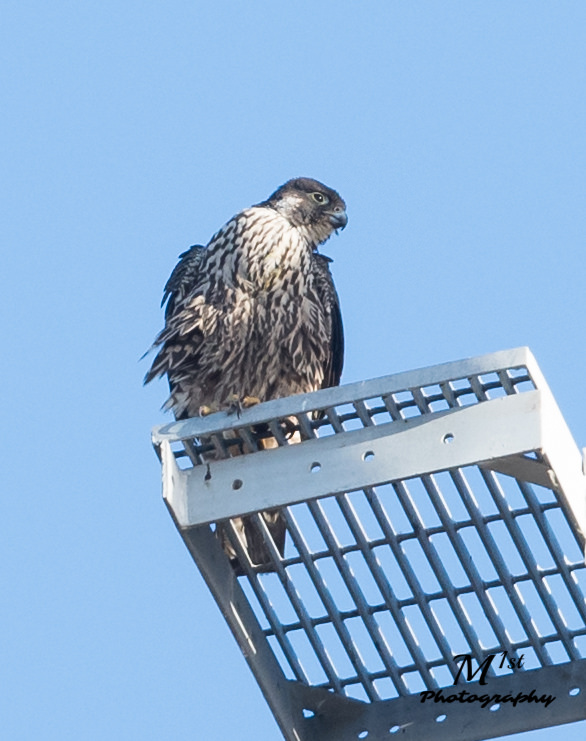 He flew shortly after,  allowing me to get another in flight shot. 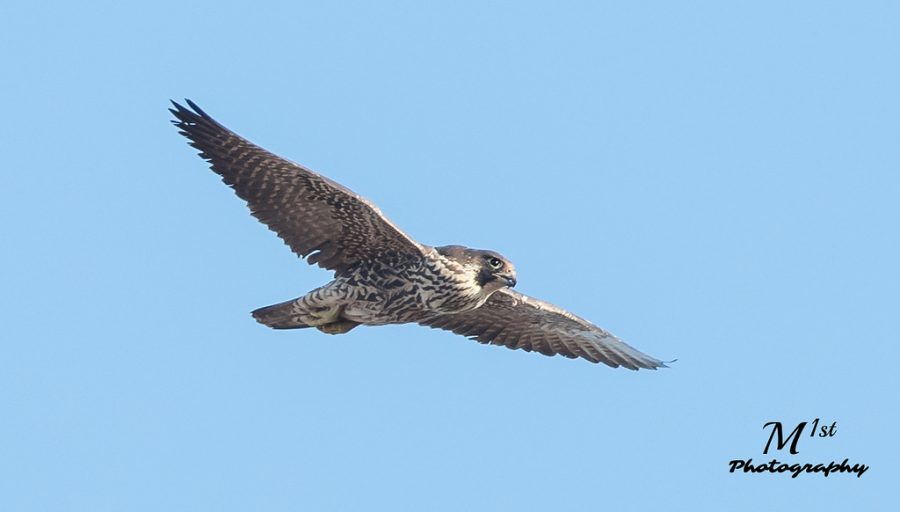 My final encounter for the morning was a Belted Kingfisher.

With its top-heavy physique, energetic flight, and piercing rattle, the Belted Kingfisher seems to have an air of self-importance as it patrols up and down rivers and shorelines. It nests in burrows along earthen banks and feeds almost entirely on aquatic prey, diving to catch fish and crayfish with its heavy, straight bill. These ragged-crested birds are a powdery blue-gray; males have one blue band across the white breast, while females have a blue and a chestnut band. 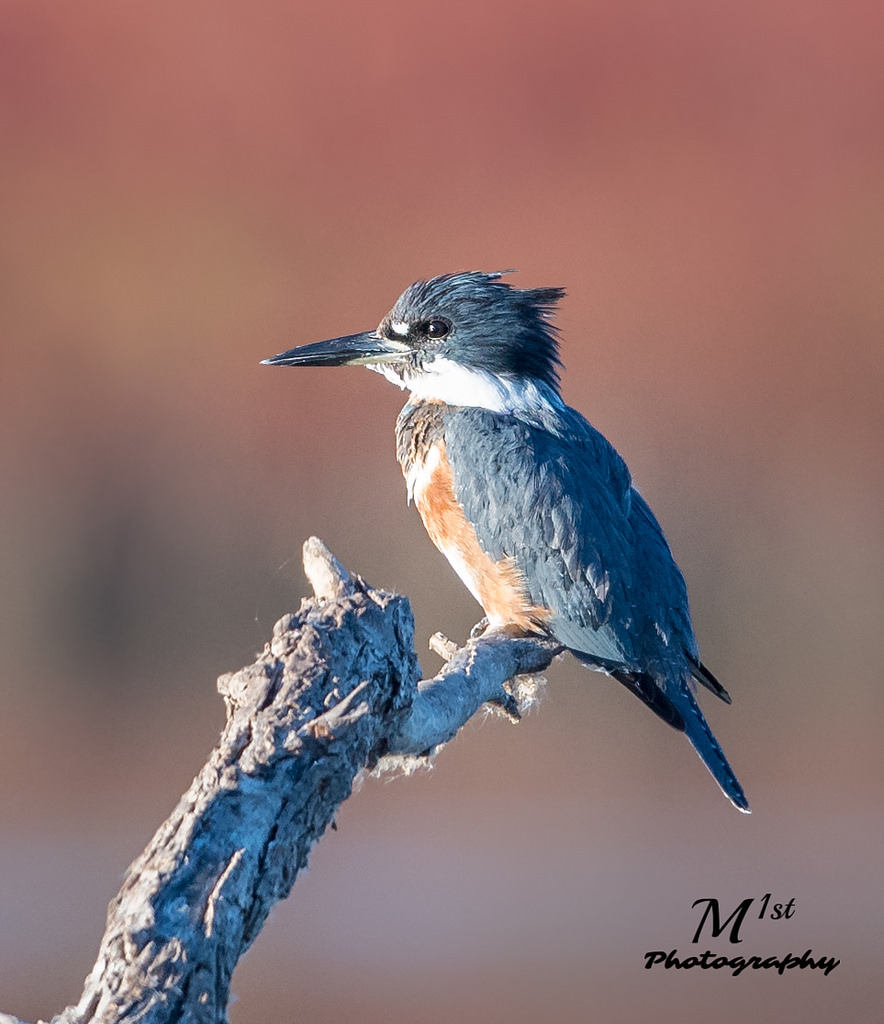 Get out when it’s cold, use the proper gear to stay warm, and you’ll be rewarded with some great photos. You’ll be happy you did and you’ll become a better wildlife photographer while your at it.