I don’t know about you but the first night I try to sleep in a new place I never sleep very well. A smaller bed, strange noises, and anticipation of the day ahead led to a restless night. We all know that wildlife is more active early in the morning and at dusk. The plan was to rise early with enough time to get ready and be on the road shortly before sunrise. Times of sunrise and sunset vary by longitude and time of the year. Sunrise and sunset calendars for various locations can be found easily online. In the first week of October sunrise in Yellowstone was around 7:30 each day give or take a few minutes.  We were up at 5:30, coffee in the lobby by 6:15, breakfast to go from the Canyon Eatery, and on the road, about 7:30, Scanning the roadsides for wildlife as we drove. This would be the morning routine for the next several days. 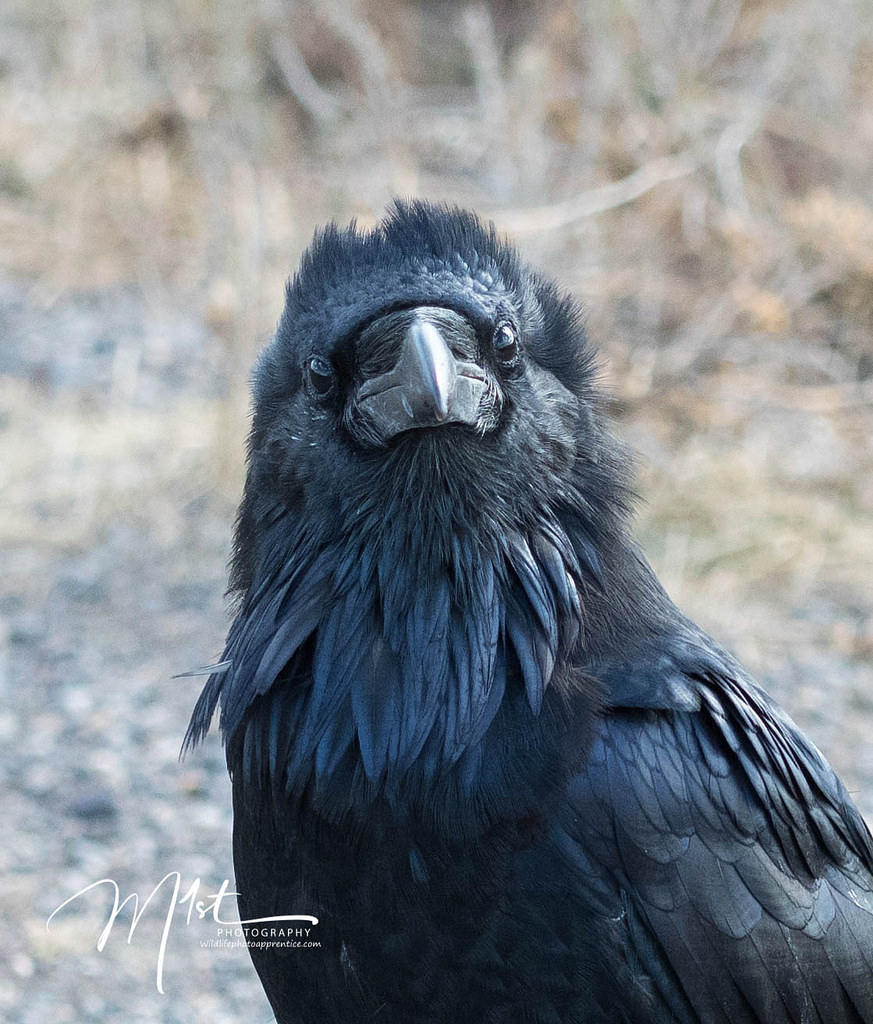 On our first morning, it had snowed overnight and the road north over Mount Washburn through Dunraven Pass was closed.  It would open later in the day but we would have to make a choice other than the Lamar Valley in the short term. We were lucky and found an area close by to spend the morning. As you leave Canyon Village just about 300 yards west from the four-way stop, on the road heading to Norris, there is a pull-out with large fields on either side. As we drove past we noticed two coyotes in one of the fields. They would prove to be worthy photographic subjects until the snow melted and the pass opened. As it turned out, we made a habit of checking this area each morning and afternoon as we came and went. It proved to be a fruitful place for seeing a variety of different animals. Bison were present consistently each day at various times, herds of Elk with large bulls were frequent visitors and coyotes were plentiful. 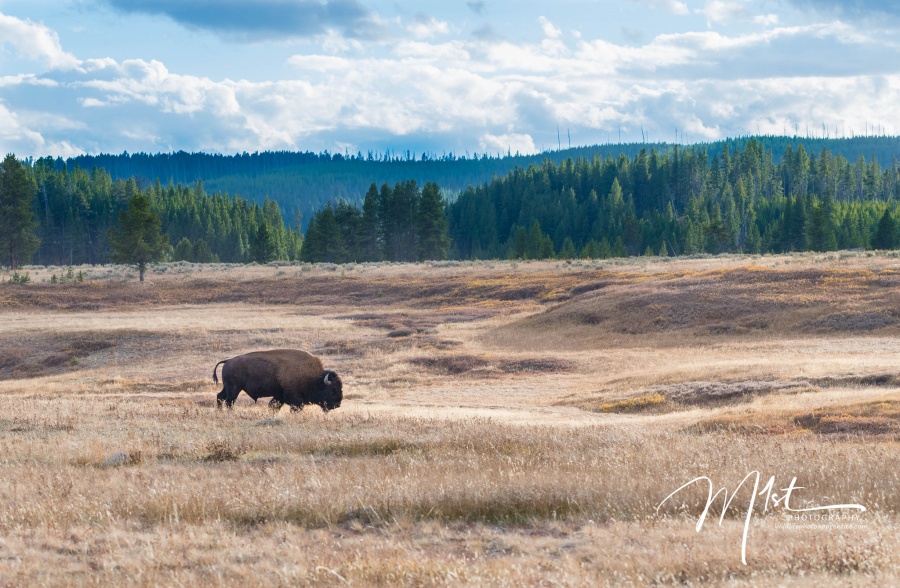 Coyotes are everywhere in Yellowstone and are one of the most available predators to photograph in the park. Yellowstone coyotes are among the biggest in the United States, frequently weighing up to 30 pounds and occasionally growing to 40 pounds. Coyotes travel both by themselves and in groups, eating small mammals like mice, rabbits, pocket gophers, small birds like the grouse and quail, and Uinta ground squirrels. In the winter months when there is snow on the ground, it can be more difficult for coyotes to hunt their prey.  The small mammals tend to bury themselves under the snow and are not visible. As a result, coyotes have mastered a unique listening and pouncing technique that they do while catching rodents in the snow. The technique is referred to as “mousing”.

Initially, they listen intently for the sounds of the rodent under the snow. 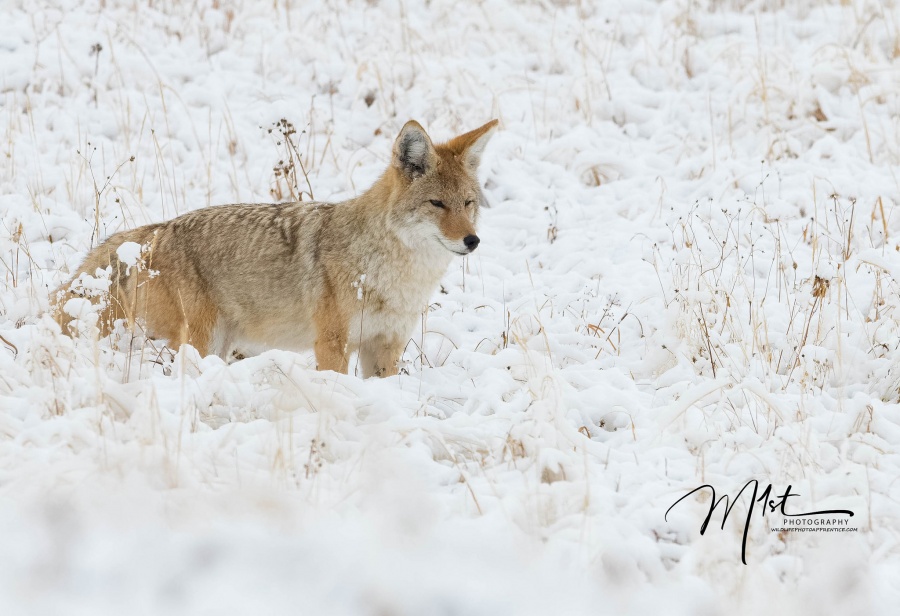 Once located they crouch and launch themselves into the air pouncing on their unsuspecting prey. 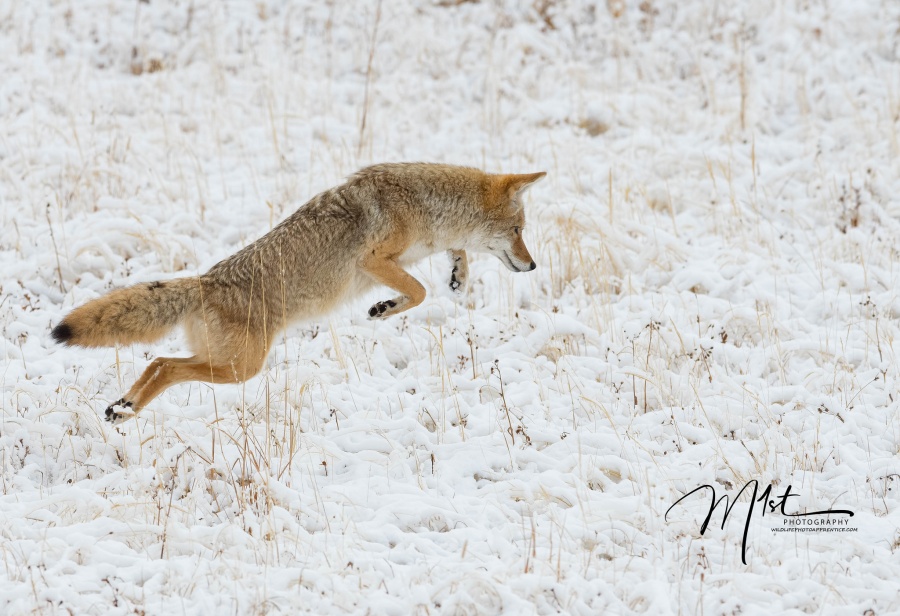 If they do it correctly they are rewarded with a nice tasty rodent for breakfast. 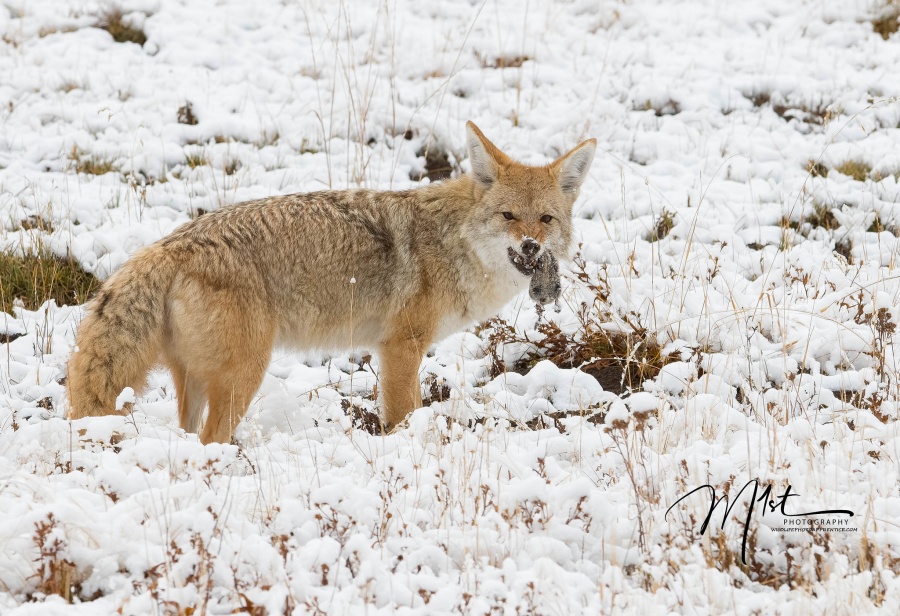 We photographed several coyotes that morning who were utilizing this technique of mousing quite effectively. It is amazing how many large rodents one coyote can and will eat in one morning.

At a distance of 50-75 yards, the coyotes were very tolerant of our presence.  My D500 on the 600mm f4 supported by a  tripod with a gimbal head was just the ticket for documenting this behavior. We photographed them for well over an hour.

By 10:00 the coyotes had moved on, the snow had melted and the road through the pass had opened, it was off to the Lamar Valley. The Lamar Valley is located in the northeast section of Yellowstone Park between Tower Junction and the park’s Northeast Entrance. The Lamar Valley is the number one destination for viewing wolves. Prior to the 1884–85 Geological survey of the park, the Lamar was known as the East Fork of the Yellowstone River. During that survey, Geologist Arnold Hague named the river for  Lucius Quinctius Cincinnatus Lamar then-Secretary of the Interior (March 1885 – January 1888).  The mountains that surround the valley offer a picturesque backdrop for viewing packs of wolves and coyotes, and herds of bison. You’ll also see grizzly and black bears, as well as elk and moose, earning Lamar Valley its name as “North America’s Serengeti.” 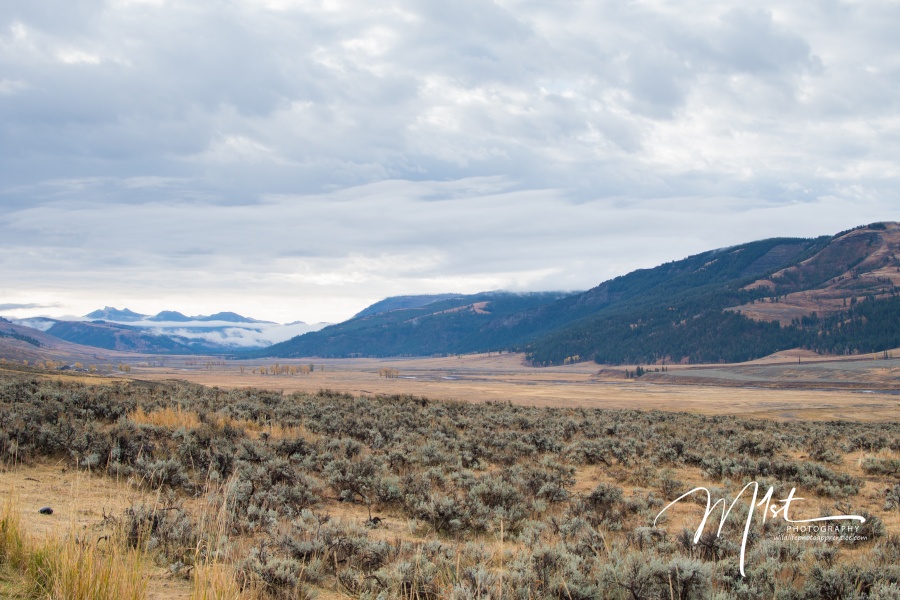 Prior to the trip, I spent some time researching the Lamar Valley and what animals might be present during the week we planned to be there. Yellowstone reports is a web-based source of information giving detailed reports about animal sightings and locations within the park, http://www.yellowstonereports.com.  The reports are written by the naturalists who visit the park daily. The cost is $20 for 1 year or 365 daily reports. Be aware that the reports reference locations along the road such as “dead puppy” or “Dorthy’s knoll”, which may not be readily identifiable if you don’t buy the map they provide as well. While not essential or overly helpful the reports did give me some idea as to what animals were active and where they were in the days prior to our arrival. They also may give the location of carcasses animals are feeding on. We spent hours driving in the Lamar Valley observing wildlife. When we weren’t driving we would stop in a pull-out and simply watch the valley for activity. 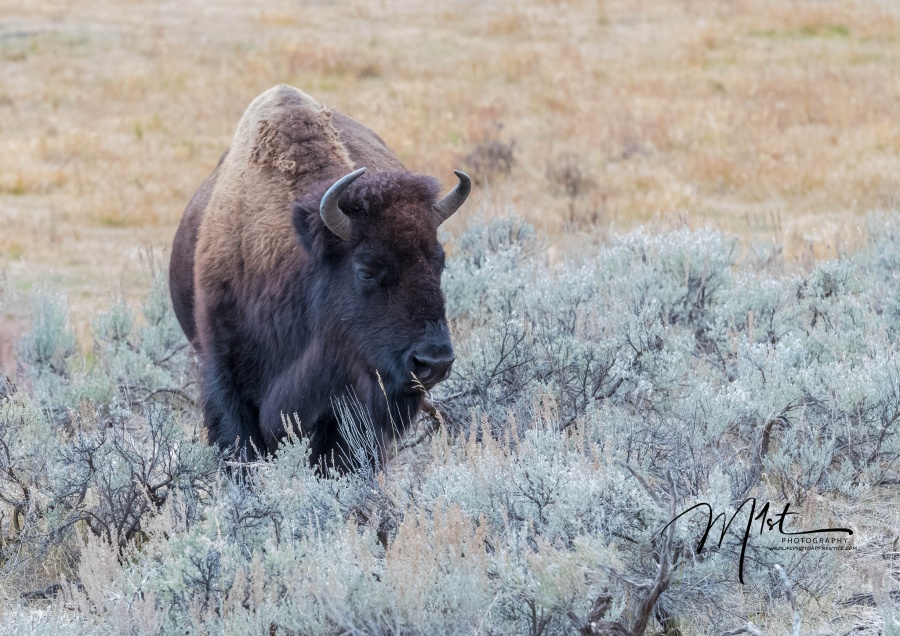 Bison are everywhere in the valley. The Yellowstone Park bison herd is divided into two sub-herds that are mostly isolated from each other. The Northern Range herd which numbers approximately 2300 individuals ranges from the northern park entrance near Gardiner, Montana through the Blacktail Plateau and into the Lamar Valley. Because they are so plentiful, from a photography standpoint, I think I took them for granted as a subject and didn’t spend enough time photographing them. I wish I had spent more time with them. They are slow-moving most of the time, very tolerant of your presence as long as you keep a respectful distance, and are beautiful animals. 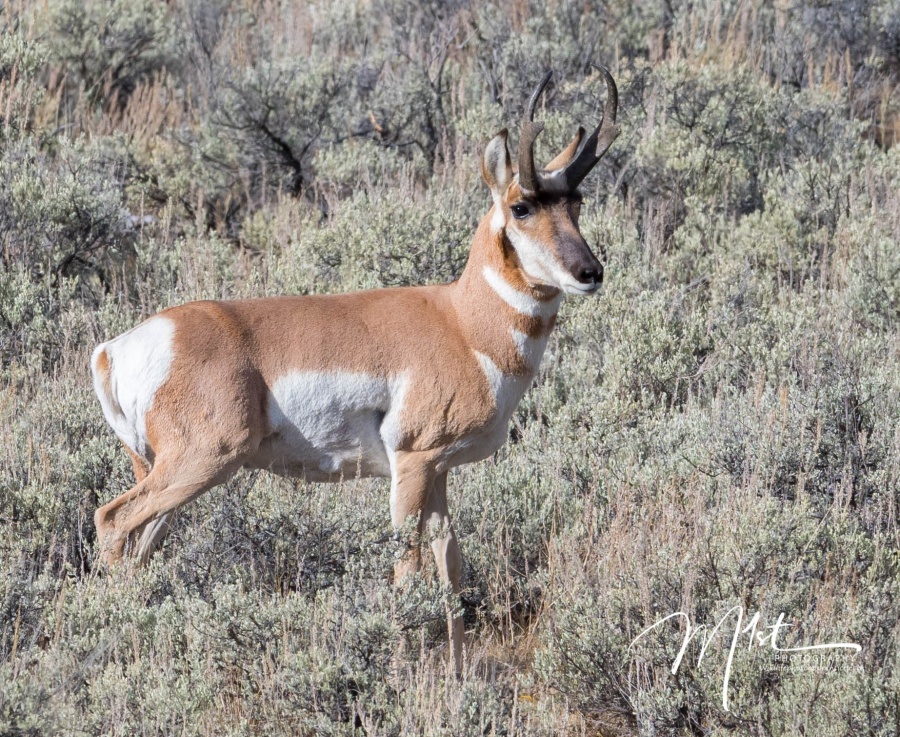 Pronghorn antelope are the next most frequent animals we encountered in the Lamar.  When Yellowstone became a national park in 1872, the pronghorn population was reported to be in the thousands.  The most unique pronghorn attribute is their speed. Although running is their last defense, they are the world’s fastest land animals. They can sprint up to 60 mph and sustain 30 mph for miles. While pronghorn are not endangered, the population that summer in part of the Greater Yellowstone Ecosystem has been reduced to less than 200 animals in recent years. The antelope were either grazing or seemingly would appear out of nowhere, walk from the hillsides to the north across the road and down into the valley. Often they would be only 15 or 20 feet away as they passed. My D500 with 70-200mm 2.8 worked well for these situations. 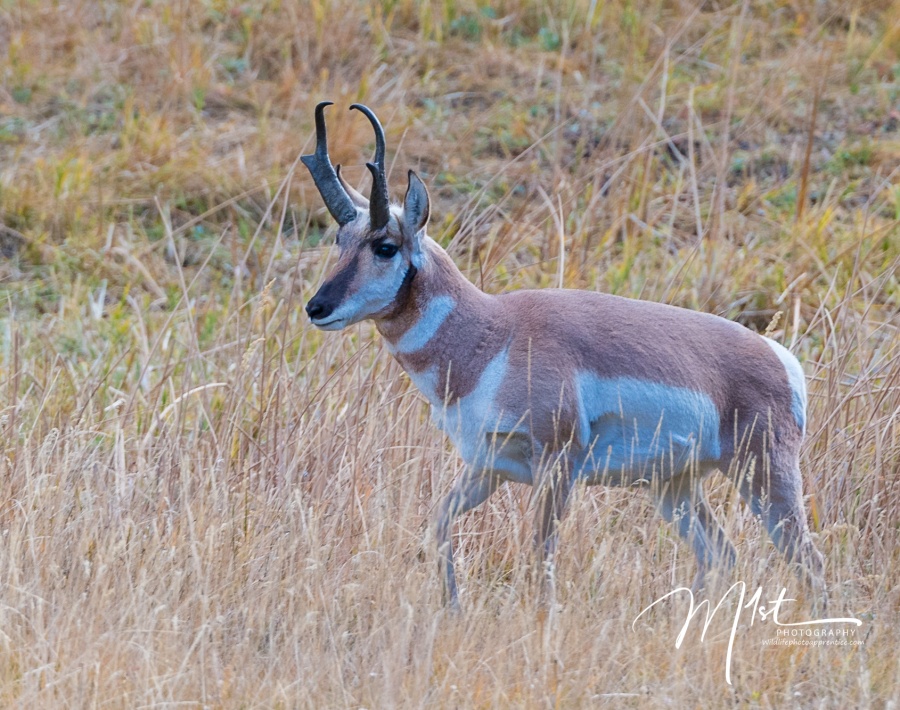 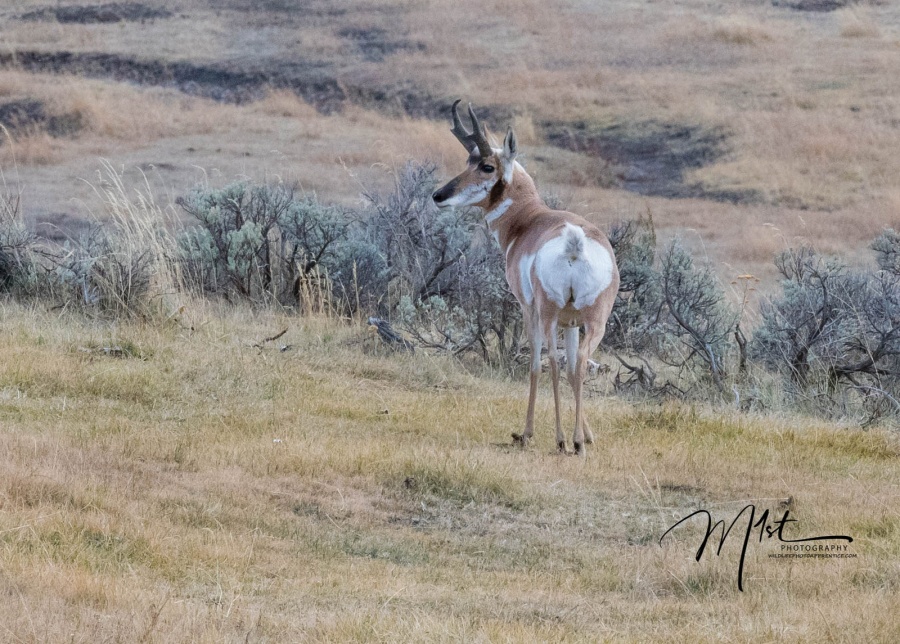 What about wolves?  In part 4, we’ll see what else we saw in the Lamar Valley.