Skip to content
Who hasn’t enjoyed looking at a great photo of a majestic Bald Eagle with a fish in it’s talons? The internet is full of them. As an aspiring wildlife photographer you probably wish you could capture a similar photo. Most of us would love to live in, or travel to, an area where bald eagles are native or migrating. Unfortunately a lot of us don’t live in those areas of the country. We can however find other raptors that are just as beautiful and majestic right in our own backyards. They’re called Coopers Hawks. The Cornell lab of Ornithology is a great source for facts about all kinds of birds. I use it all the time to research birds that I think are in my area and I might like to photograph. 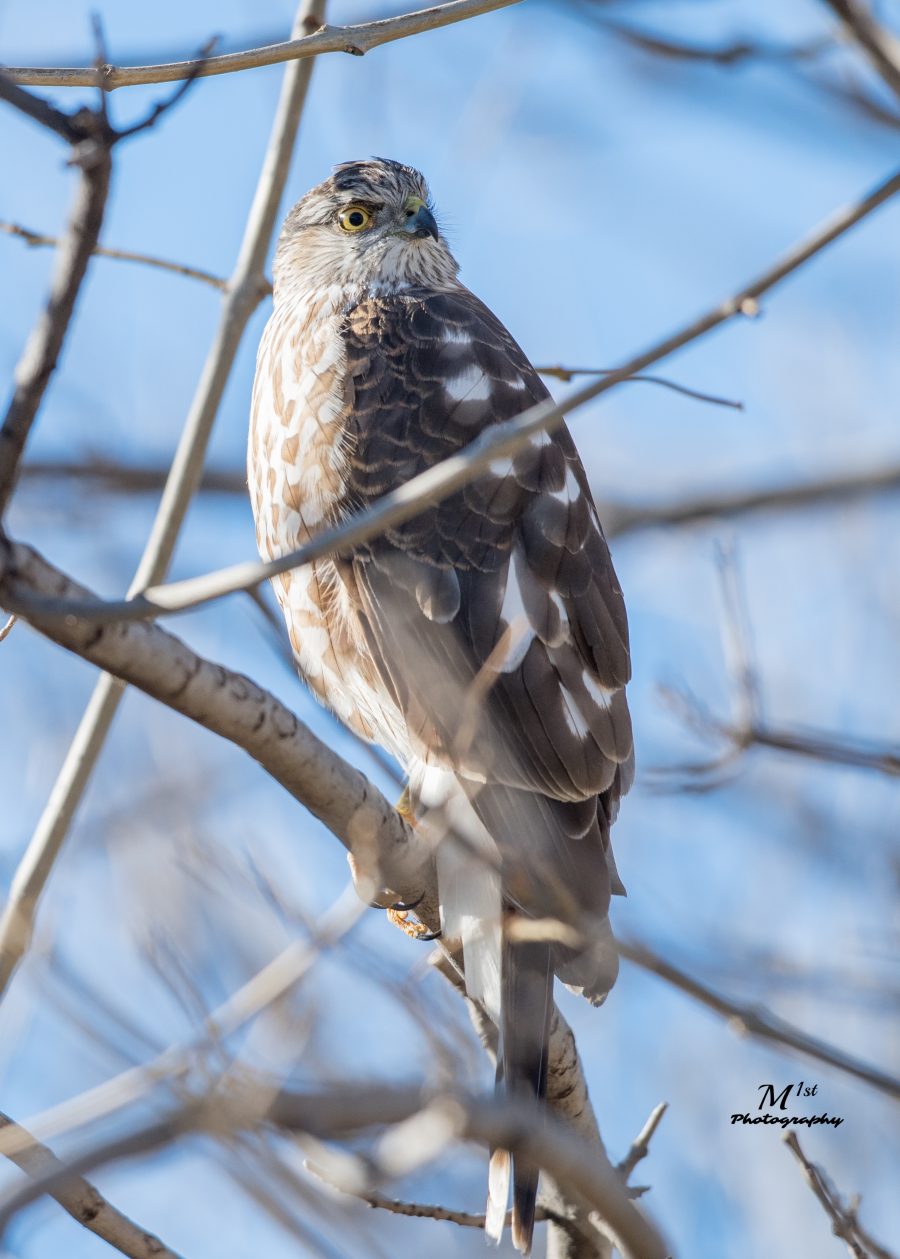 Among the bird world’s most skillful fliers, Cooper’s Hawks are common woodland hawks that tear through cluttered tree canopies in high speed pursuit of other birds. You’re most likely to see one prowling above a forest edge or field using just a few stiff wingbeats followed by a glide. With their smaller lookalike, the Sharp-shinned Hawk, Cooper’s Hawks make for famously tricky identifications. Both species are sometimes unwanted guests at bird feeders, looking for an easy meal (but not one of sunflower seeds).

A medium-sized hawk with the classic accipiter shape: broad, rounded wings and a very long tail. In Cooper’s Hawks, the head often appears large, the shoulders broad, and the tail rounded.
Color Pattern
Adults are steely blue-gray above with warm reddish bars on the underparts and thick dark bands on the tail. Juveniles are brown above and crisply streaked with brown on the upper breast, giving them a somewhat hooded look compared with young Sharp-shinned Hawks’ more diffuse streaking.
Behavior
Look for Cooper’s Hawks to fly with a flap-flap-glide pattern typical of accipiters. Even when crossing large open areas they rarely flap continuously. Another attack maneuver is to fly fast and low to the ground, then up and over an obstruction to surprise prey on the other side.
Habitat
Wooded habitats from deep forests to leafy subdivisions and backyards. 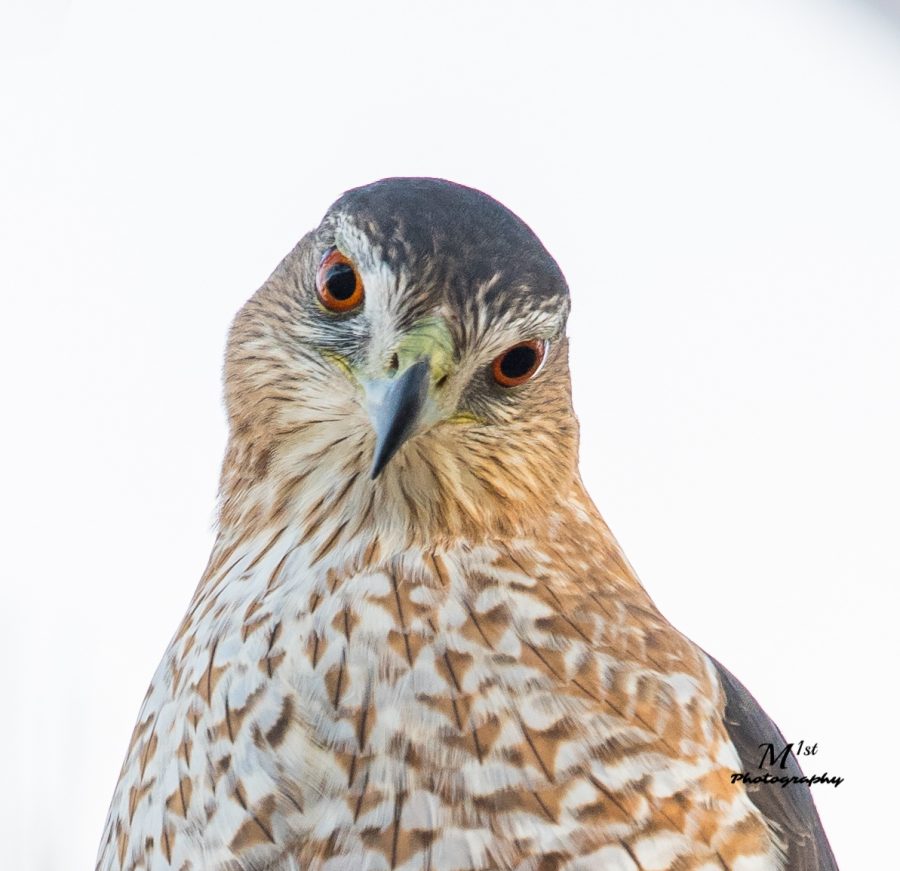 Finding a Cooper’s Hawk is typically a matter of keeping your eyes peeled – they’re common but stealthy, and smaller than other common hawks like the red-tailed, so your eye might skip over them in flight. Look for the flap-flap-glide flight style and remarkably long tail to zero in on these birds in an instant. During migration, hawkwatches on ridgetops in both East and West are great places to see lots of Cooper’s Hawks.

If you have bird feeders in your yard then most likely you have Coopers Hawks as well, you just have to stop and look. Because they frequent feeders to capture an easy meal, you have the opportunity to hone your photography skills on a beautiful bird in the comfort of your own backyard. Try different techniques with a tripod and gimbal head verses a mono pod and head. Both are quite different and equally valuable but require different skills. Practice your long lens technique. Always practice your exposure settings and try different focus modes.  If you want to become a better wildlife photographeher, honing your skills in your own backyard is easy and available most anytime. Then, when you do spend the money on that trip to Alaska to photograph Bald Eagles, you’ll be more likely to have a better and more productive trip.

One Reply to “Who doesn’t like a good photo of a Raptor?”