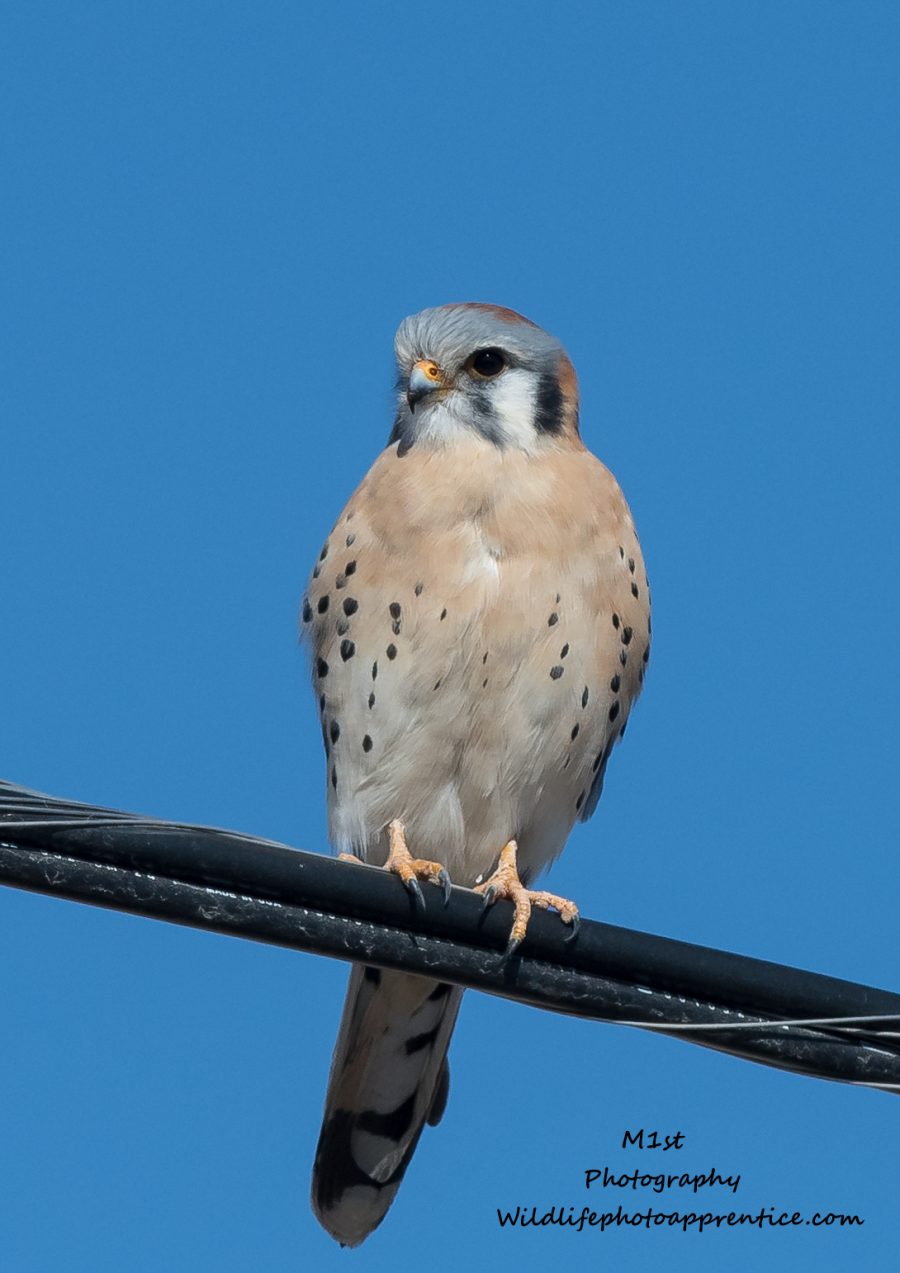 Went out this morning and not much was happening. I make it a habit to always scan the high wires and roadside as I drive back home from wherever I have been taking photos for the day. Birds of prey often use these open areas and high perches to ambush prey. Today I noticed a small bird of prey and stopped to check it out. It was an American Kestral.

North America’s littlest falcon, the American Kestrel packs a predator’s fierce intensity into its small body. It’s one of the most colorful of all raptors: the male’s slate-blue head and wings contrast elegantly with his rusty-red back and tail; the female has the same warm reddish on her wings, back, and tail. Hunting for insects and other small prey in open territory, kestrels perch on wires or poles, or hover facing into the wind, flapping and adjusting their long tails to stay in place. 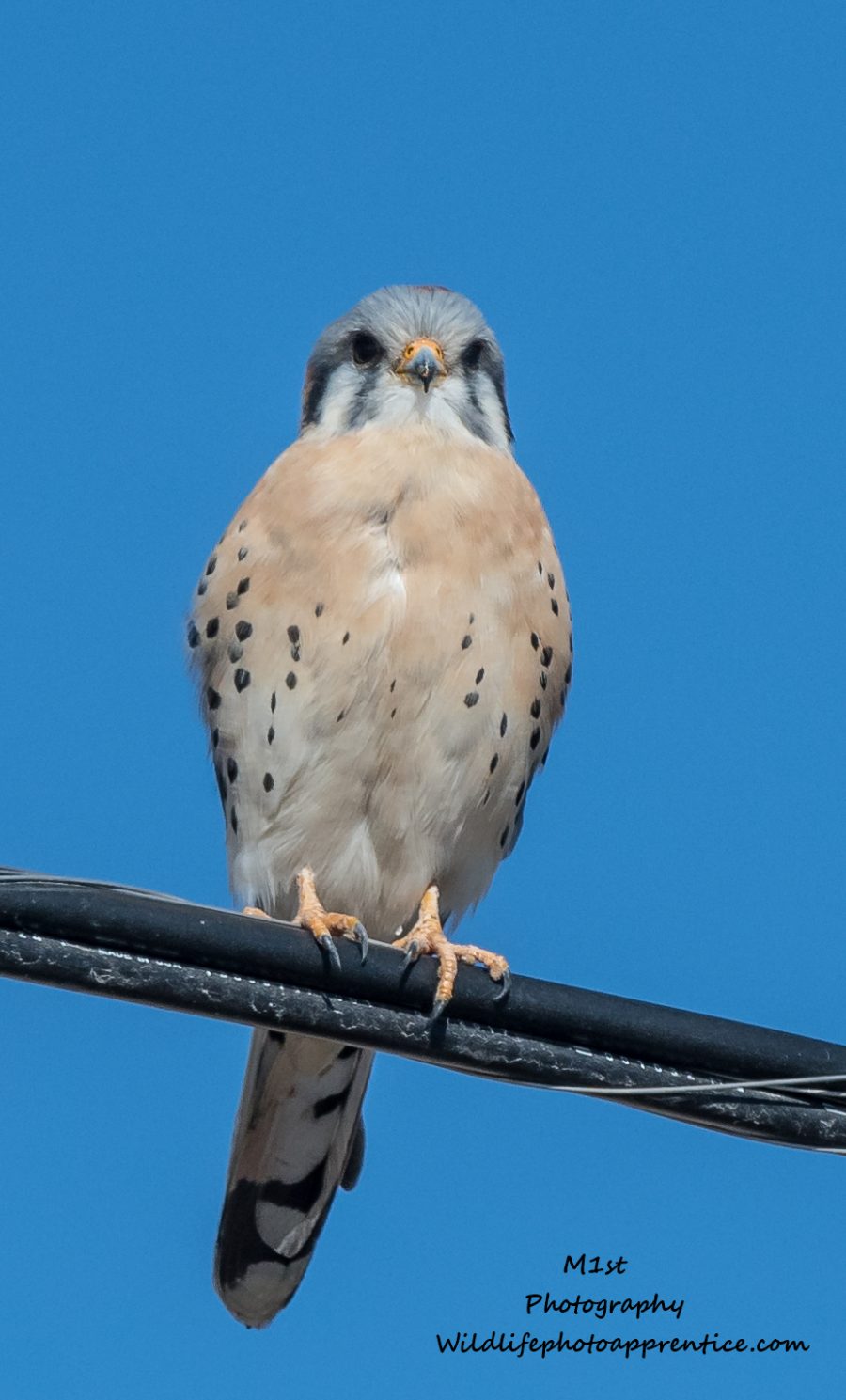 2 Replies to “Watch the roadside.”