It doesn’t often snow in West Texas, but strange things happen, and if you live  long enough you’ll see some of them.  This winter we have an unusual visitor to West Texas, a Snowy Owl.  In early December I was out with another photographer at our local wildlife preserve taking photos of Herons when he told me his daughter had seen a large white owl in the parking lot of their church the day before.  I told him it was most likely a barn owl as they are native to the area and can be white or very light  in color.  When he pulled out his phone and showed me a video she had taken I could hardly believe what I was seeing.  To my disbelief the video showed a large Snowy Owl. 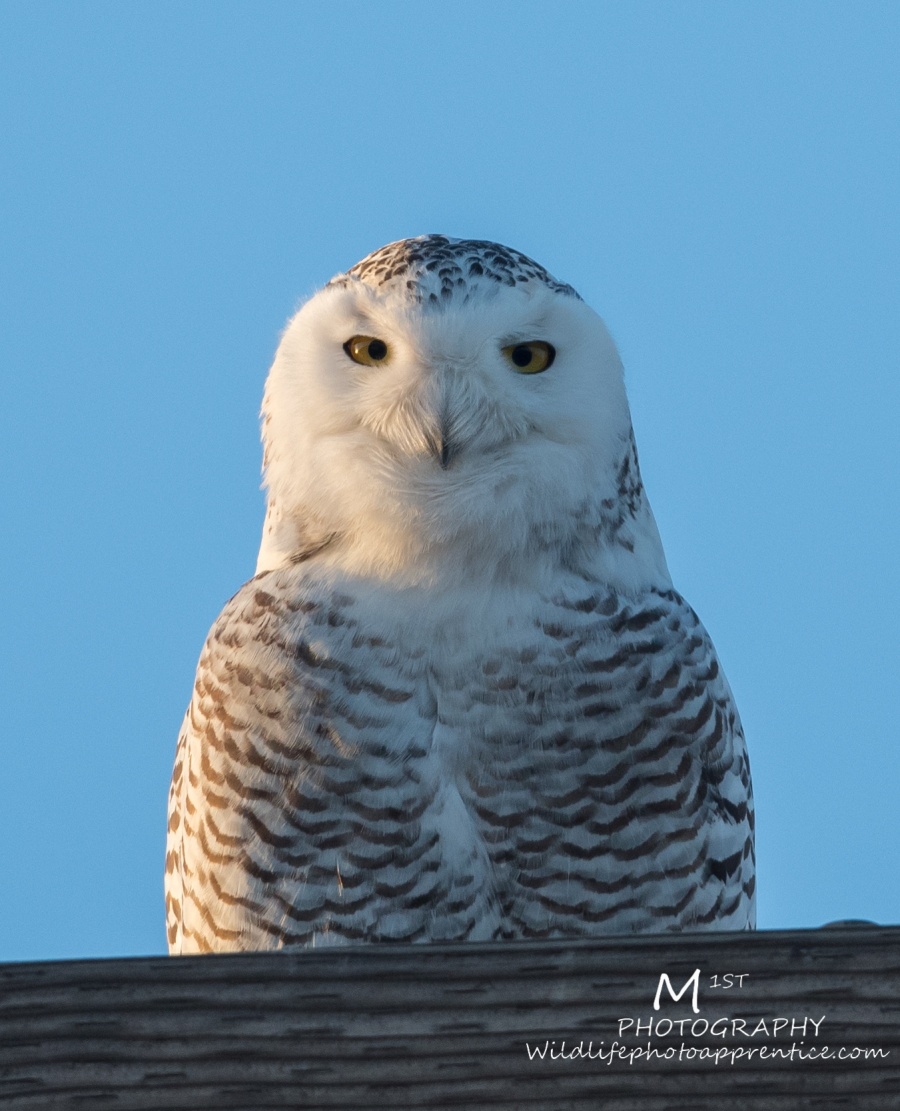 Snowy Owls are a large, powerful owl native to the high Arctic tundra, colored for camouflage during northern winters.  In summer it may be nomadic, concentrating and nesting where there are high populations of the small rodents called lemmings.  At other times it takes a wide variety of prey, including birds as big as geese.  During some winters large numbers of Snowy Owls appear south of the Canadian border in a phenomenon known as an irruption.  Those that stop in towns and cities invariably cause a stir and attract media attention.  When they venture as far south as West Texas they become down right celebrities.  Birders from as far away as Houston traveled to see and photograph this unusual occurrence.

Snowy Owls often hunt by day.  They usually hunt by watching for prey from a perch, then pursuing it in swift flight and catching prey in their talons.  Sometimes they seeks prey by flying low or by hovering and watching the ground.  They may locate prey by sight or sound.

A Snowy Owl’s diet is varied and includes lemmings, plus other mammals and birds.  In the Arctic they may feed almost exclusively on lemmings when these are available.  Otherwise, they feed on a wide variety of prey.  Snowy Owls  take mammals including rabbits, hares, voles, and ground squirrels.  In coastal areas they may feed heavily on birds, including ducks, geese, grebes, murrelets, and sometimes songbirds.  They also may eat fish and carrion.

Most birds cannot chew their food, and owls are no exception.  Owls usually swallow their prey whole.  However, owls differ from other species of birds because they do not have a crop, the baglike organ used to store food after it has been swallowed so that it can be digested later.  In owls, food passes directly from the mouth to the gizzard.  The gizzard is an organ that uses digestive fluids and bits of sand and gravel to grind and dissolve all of the usable tissue from the prey.

The types of tissue that can be dissolved by an owl’s digestive system include muscle, fat, skin, and internal organs. These tissues are broken down into a variety of nutritional substances by the owl’s gizzard and intestines.  Some of these tissues (e.g., fur and bones) cannot be digested.  But what happens to the indigestible material?  Indigestible material left in the gizzard such as teeth, skulls, claws, and feathers are too dangerous to pass through the rest of the owl’s digestive tract.  To safely excrete this material, the owl’s gizzard compacts it into a tight pellet that the owl regurgitates.  The regurgitated pellets are known as owl pellets.

I was recently able to observe and photograph this behavior in the owl in West Texas. 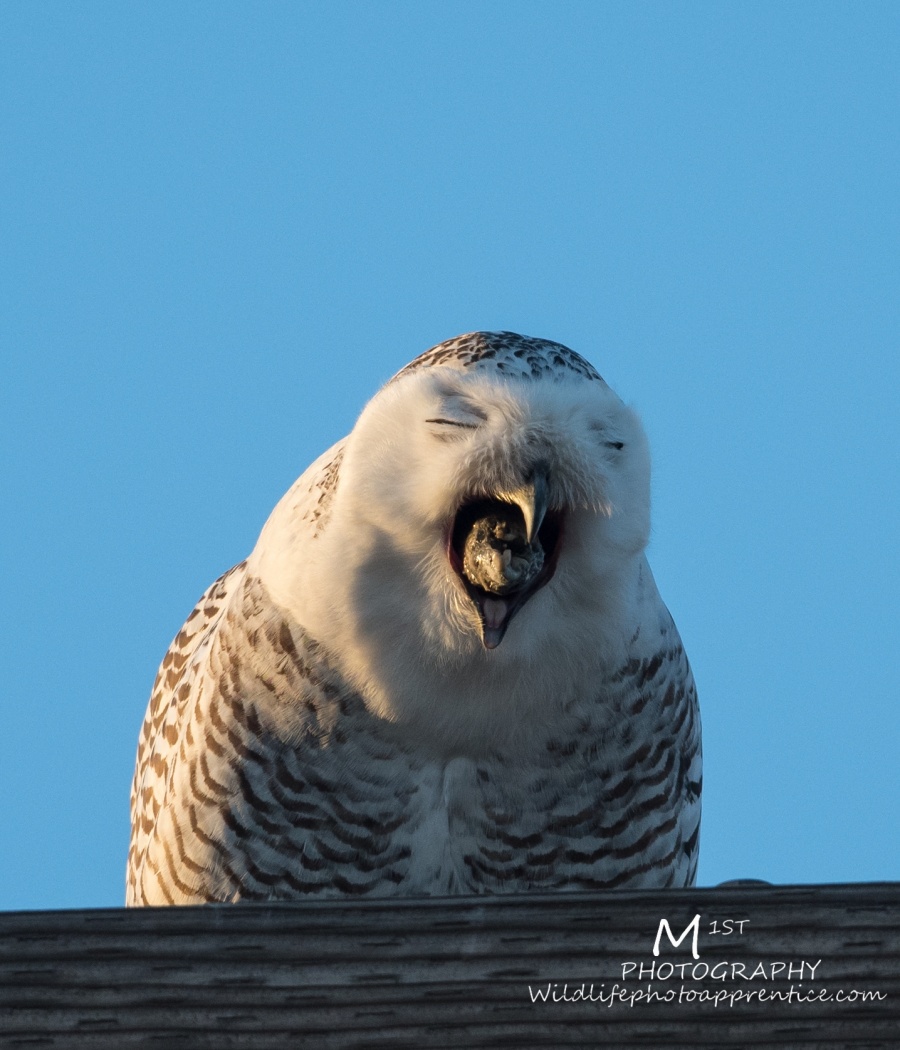 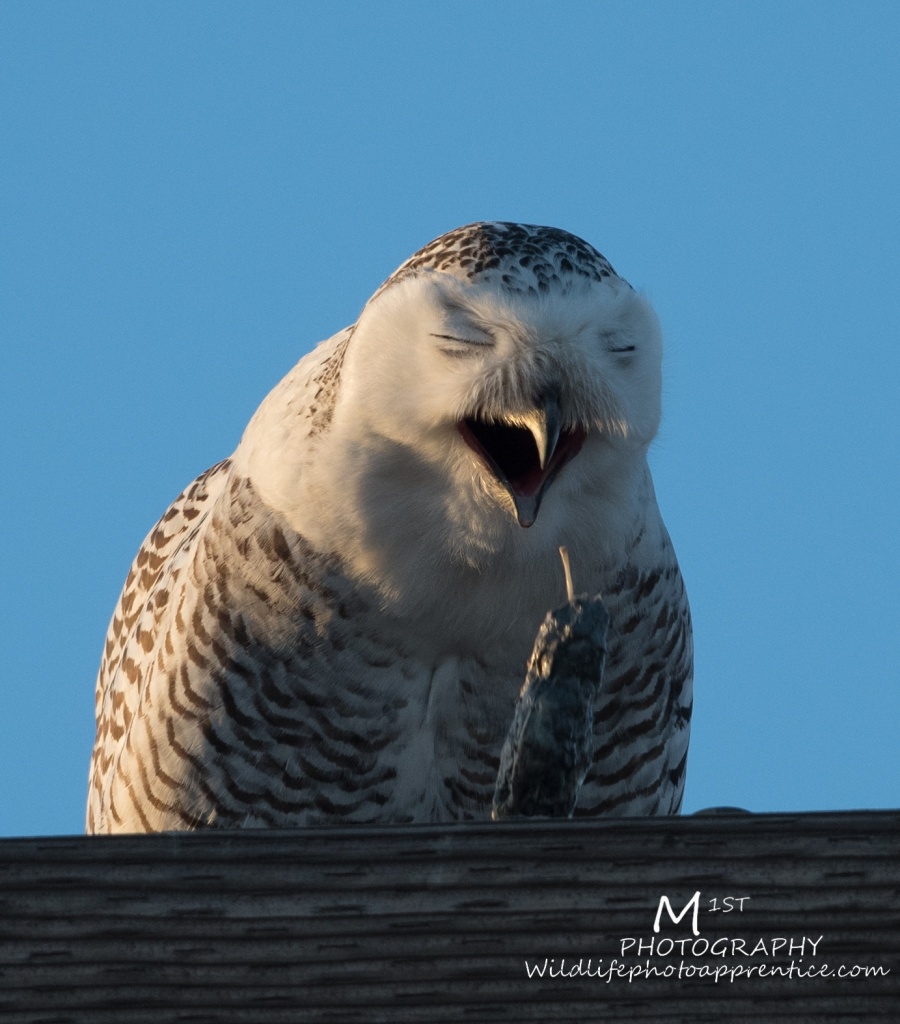 These large owls breed on the Arctic tundra, where females lay a clutch of 3 to 11 eggs.  Clutch size depends upon the availability of food, and in particularly lean times a usually monogamous pair of owls may not breed at all.  Parents are territorial and will defend their nests against all comers—even wolves.

Only females incubate the eggs.  The male provides the female and young with food.  The young owls begin to leave the nest around 25-26 days after hatching. They are not able to fly well until at least 50 days of age.  They continue to be fed by the parents for another 5 weeks after they leave the nest. 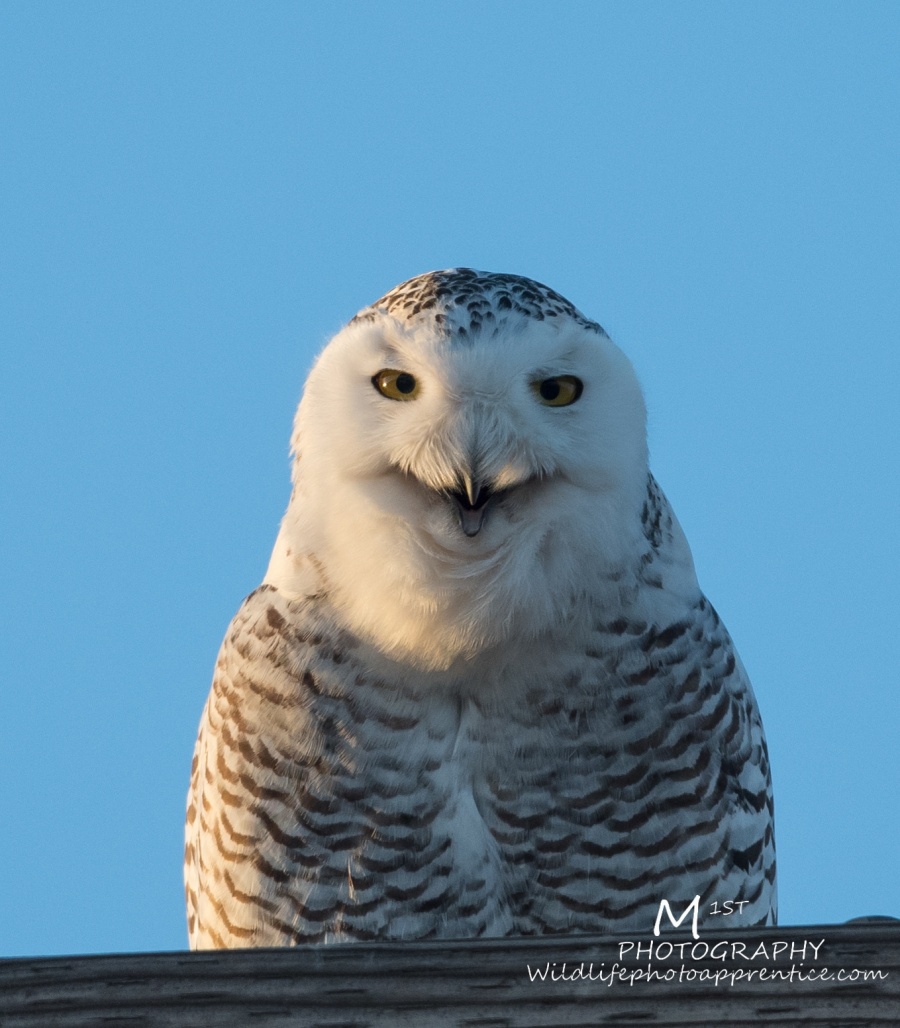 Young owls, especially males, get whiter as they get older.  Females are darker than males, with dusky spotting, and never become totally white.  Some elderly males do become completely white, though many retain small flecks of dusky plumage.

It was great fun and an amazing opportunity to photograph this beautiful bird. I  hope more Snowys choose to visit West Texas next winter.

5 Replies to “A Snowy Owl in West Texas”